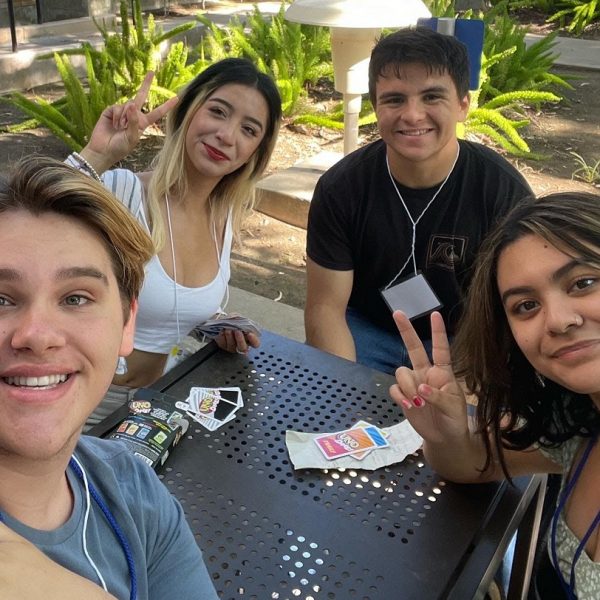 “Hello, you most likely don’t know me. However, I wanted to tell you my story. Firstly, my name is Colton Wayne Sullenger, I’m 18 years old, and I live in a small town in Western Kentucky. Now with the basics out of the way, here is my life story in a short version.

Surprisingly, a big part of my life story happened before I was even born. Believe it or not, even before I was born I had odds stacked against me. Both of my parents had their reasons for not having a kid, or at least another kid. My mother had vaginal cancer when she was young, and the procedure used to remove the beginning stages of this cancer made it very likely for her to not produce children. So likely that even the doctors told her that she would never be able to have her own children. Later on in her life, she actually got pregnant and life seemed so hopeful for my mom. However, after entering the second trimester she unfortunately had a miscarriage. Disappointed, she decided on never trying to have a kid again. That was until she met my dad, and they fell in love. (Reluctantly, may I add) At one point my dad even said that he was leaving my mom. However, my mom was so in love with my dad she was willing to try to have a kid with him to have a piece of him to remember. My dad agreed, although he said this would be his last kid. Thankfully, this time it worked and my mom gave birth to my sister. And also thankfully, my dad decided to stick around. My mom’s doctors’ told her that this would never happen again, that it was a once-in-a-million chance. Nonetheless, it ended up being a twice-in-a-million chance and I was born only 7 years later. Although, that wasn’t the whole struggle. During my mom’s pregnancy with me, the doctors told her I would never be born normal. They had ultrasound evidence that I would be born with a cleft lip, disformed eyes, nose, and born with half my brain outside my head. My mom and dad prayed everyday over her stomach that the doctors and ultrasound would be wrong. Well, when I was born they were wrong. I was born completely normal. My life had finally begun, and it was all because of faith, hope, and will-power.

The next big part of my story is when I started to be bullied. It lasted for years. I was called things I couldn’t even fathom as a high graduate when I was only 11 years old. The fear that these words held over me still can make me emotional today. I wasn’t just bullied by peers, I was also by adults. However, those words are nothing compared to what was said to me when I started dreaming about my future. From 6th grade, I dreamed of moving across the country and going to the UC schools in California. When I started telling people this, the adults in my life told me that I wasn’t smart enough to ever do that, or that I would never be able to afford to make it out of my hometown. To hear that come from adults that I loved, knew, trusted…it broke me. It broke me more than anything I was ever called before. But, I knew I would prove every single person who doubted me. From that moment and so on, I was dead set on achieving my dream. I became a straight A student. In May of 2022, I graduated with a 3.8 GPA. On top of that, I was an Honors Graduate (the first in my family), I placed 7th in the Nation in my Future Business Leaders of America event, I was an officer in so many leadership clubs. To be exact, my FBLA event was a 30 second Public Service Announcement video on mental health awareness, and it was against well over 150 competitors. I was President in Family, Career, and Community Leaders of America; President in National Art Society; Treasurer/Secretary/Student Director/President in Drama Club; an active member in Future Business Leaders of America, and an active member of our student body. I took honors, advanced, dual credit, and AP courses throughout high school. With these achievements under my belt, I was able to get into 6 out of the 9 UC schools. After hearing the offers and exciting news, I chose to attend the University of California Riverside! I even fly to orientation a couple months ago and made a lot of great friends and even meant my roommate! I proved one half of what was said to me by those people wrong. I did this with faith, hope, and will power.

Finally, that brings me to the reason I am writing this email. While I have proved them wrong with the whole “you’ll never be smart enough” thing, but I’ve come short on the “you’ll never be able to afford it” thing. My tuition is a lot more than was originally expected, and along with the fact that I misinterpreted how much my financial aid was, there is no way I can afford this in the time I have left before I am supposed to pay my first payment. I have until September 15th to come up with at least 11,000 dollars minimum, or I can’t live out my dreams and prove those people wrong. My first payment is 18,000, but my total tuition will be about 60,000 dollars for this year alone.  So with that being said, I am asking help from anyone that could possibly help me financially. I feel horrible asking, but I am trying to do this with faith, hope, and will power. I am trying to face the sea. If the person I am sending this to, is not in charge of the finances for whom it is intended, please send it to that person. Anything can help, even a simple thought or prayer for me. I’m not sure if I’m asking you to sponsor me, donate, or anything else, but please consider.   If you can not help, or choose not to help me, I understand as you do not know me. If you have any questions please ask!

Thank you for your time, Colton Sullenger”